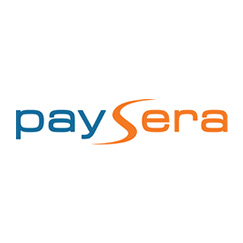 Tsipras vowed to increase the minimum wage, restore the income tax-free threshold and halt infrastructure privatizations in a speech that sets him on a collision course with the country’s creditors.

“It is the irrevocable decision of our government to honor the mandate of the Greek people and negotiate an end to the European Union’s austerity,” Tsipras said in an address to parliament marking the start of a three-day debate on his government’s policy platform. “We aim to work with our partners in Europe to achieve these goals.”

Tsipras, who came close to tears at one point during his speech Sunday evening in Athens, also said he would ask for World War II reparations from Germany and the repayment of forced loans Greece made to the Nazi regime during the country’s occupation.

The prime minister is seeking to keep Greece financially afloat while breaking free from its international bailout program. There are doubts about Greece’s ability to pay its bills, with coffers running empty possibly as early as the end of the month.

Greece’s public debt stands at more than 320 billion euros ($362 billion), or about 175 percent of gross domestic product. That makes it Europe’s most-indebted country when measured against output.

The next showdown with Greece’s EU partners is scheduled for Feb. 11 in Brussels, when Finance Minister Yanis Varoufakis faces his 18 euro-area counterparts in the emergency meeting.

In a lengthy list of policy actions, Tsipras said Sunday evening the government plans to restore the tax-free threshold for individual workers to 12,000 euros ($13,600) a year and gradually raise the minimum wage to 751 euros a month through 2016. Both measures would reverse changes made by previous governments as conditions of Greece’s bailout program.

He said the government would not ask for a bailout extension, while saying he is confident the government can reach agreement on a bridge program in 15 days.

“What we will not negotiate is the history and the dignity of our people,” said Tsipras.

His Syriza party swept into power on Jan. 25 with promises to challenge the terms of the bailout program provided by the EU and the International Monetary Fund.

“This speech sounded more like a continuation of the campaign trail, rather than the start of an effort to strike a compromise with peers and creditors,” said George Pagoulatos, professor of European politics and economy at the Athens University of Economics and Business. “What he said about the German loan will be a long legal process, so we don’t expect any unilateral actions. But it will be enough to infuriate the Germans.”

Tsipras told lawmakers in Athens the government is seeking the bridge agreement to provide government funding until June, when he hopes to have a more lasting arrangement with international creditors.

“I am not in favor of handing over money to the Greeks,” Austrian Chancellor Werner Faymann said in an interview with the Kurier newspaper before Tsipras’s speech. “Who’s supposed to pay for that? I do however support negotiations over technical credit conditions so that the country will have more room to maneuver to exit the crisis.”

Faymann, who will host Tsipras at a one-day summit in Vienna on Monday, also told the newspaper that both Europe and Greece should be spared the option of the country exiting the euro area.

Jeroen Dijsselbloem, head of the group of 19 euro-area finance ministers, on Friday rejected a short-term financing agreement while Greece negotiates a successor program to its current bailout provided by the European Union and International Monetary Fund.

“One thing is for sure: the negotiations between this government and its creditors has only just begun,” said Andrew Bosomworth, Pimco’s head of portfolio management in Munich. “He stuck to Syriza’s manifesto, he stuck to his guns. I see little change in there that might make the Eurogroup negotiations on Wednesday any easier.”

Greece has received 240 billion euros in bailout loan pledges from the euro area and the IMF since it was shut out of bond markets in 2010.

“Greece has submitted its own proposals and won’t take orders anymore via e-mails,” Tsipras said.